Decks are accumulated over the course of the game and include countless spells that you can use in order to defeat your foes. Spells are constantly rotated into your active slots out of your deck. At any time you can shuffle your deck, rather than expending your precious mana reserves.

For every 5 spells you have in your deck, you gain 0.1 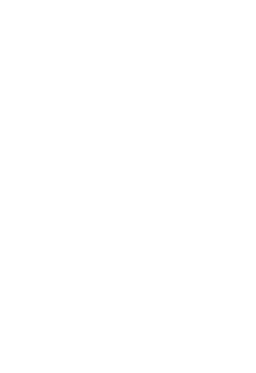 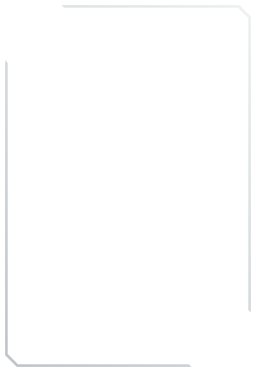 Throw a knife up to 4 tiles away.

Kunai deck is a straightforward, but powerful build that can get you through every type of run, without relying on luck at all, as it's very consistent, and doesn't need a lot of cards to work fine. As soon as you have

Collect Ring, you're virtually good to go. The other spells and artifacts are just bonuses.

All the strategy revolves around adding as many

Kunais as you can into your deck, and releasing lots of them on your foes when you feel the time is right. For that, you will need 3 to 4 of the spells that generate

Kunais, the most important one being

Collect Ring. As you'll run through your deck, at some point you'll come across

Collect Ring. Do not cast it, keep it in your hand until every other spell has been used. And while you play your cards, your deck will be filled with

Kunais. When your deck only contains

Collect Ring, that's the moment you'll tear your enemies to bits. It's really not uncommon to finish bosses that are around 1kHP just by spamming your

As you're basically spamming "low" damage spells (not that low in fact, but still, you're spamming), one thing that synergizes well with this deck is

Spell Power. It's really worth considering going into

Convergence, mainly to get

Focus. The other thing that works great with

Minnie Gun, obviously. So looking for it might be a good idea, too.

Aside from that, if you're going for a Genocide run, you might have trouble dealing with your HP, not being able to regenerate by sparing bosses. In these kind of runs, adding some

Miseri healing spells helps a lot. And if you got the awesome

Poison cards could be nice.

So the general strategy I recommend is :

For the Artifacts, almost every

Kunai centered artifact is good, except for

Grip Tape. Just avoid this one. The ones to aim for are those that trigger on

Consume as you're consuming every

Kunai you throw. The ones that trigger on shuffling might sound like a good idea, but it's not that efficient, as you'll be shuffling less and less as long as the run go on. And of course,

Ninjutsu are just awesome. Take these.

First of all, there isn't any mandatory Artifact needed for this deck to work. BUT, some of them might break the game. 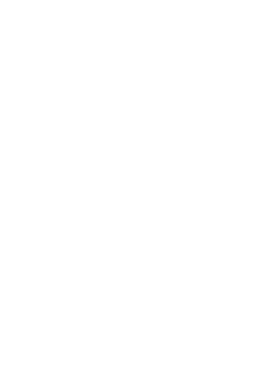 Consume.
We got a real jam goin' down
0

A deck focused mostly into adding as much

Jam in your main deck for the purpose of powering up

Jam Cannon. Not that easy to pick up at first, this setup becomes doable late game after attaining either Jam Slam or Jam Cannon. While not beginner-friendly, it is pretty powerful at the late-game, once you manage to pick up the right spells and artifact combos.

When there are only Jam left in the deck,

Main focus of this deck is to attain as much Jam as possible while having a Jam Cannon or Jam Slam in your main spell slot. The jams may be used as an ammo source for those spells. If lucky enough, you an finish off your targets before reaching the "bottom" of the deck, that is, when only Jam remains. For this to work, it is mandatory to get either:

Jam Cannon, without either of those two spells this deck will not work out.

Ambient Burst can complement the deck to some level, acting as a second Jam Cannon once you cast it in the fight, however, it must be cast before Jam cannon since it will add one extra shot, though dealing much less damage for 3 more mana.

When starting up, do the following as soon as possible: 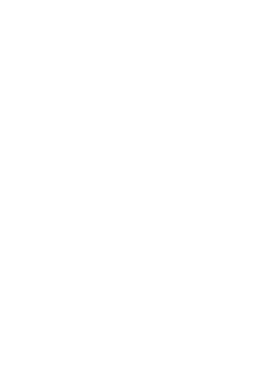 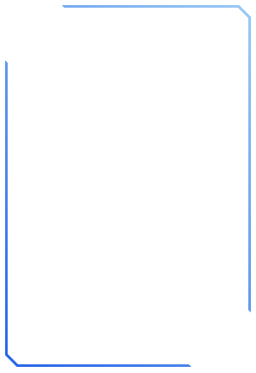 Dmg everyone for double their

A deck with emphasis on dodging and letting the

Poison stacks do the work. Since the Poison ignores

Shield, enemies with several artifacts or at later tier will become easy to manage, provided you get the right spells and artifacts combos.

Detox can be used as a "Trigger", to detonate the poison stacks, which commonly reaches 200+ stacks in a pinch. This is a strong deck to use with Violette, in any of her kits (Doubletime or Aria, both of them synergyzes well with her).

Take note that this deck is a kind of a pain & gain one - while you will be dishing out damage over a long period of time, sometimes you also have to tank a few shots, especially if there is no room to move around. For this reason, later on, consider picking up some defensive cards from

Try to always apply at least a few poison stacks on your targets, it will be the poison that will do the damage for you, while the poison does their works focus on dodging enemies projectiles and avoid getting hit. If possible keep some

Shield up (Violette's starting kit, Doubletime, allow you to recover 60 Shield easily) and don't stop moving, unless if necessary. Once you're satisfied with the poison stacks, quickly cast

Detox to detonate their poison and deal ridiculously large amounts of damage. Takes a little bit of practice to play it well and requires keen reflexes and fast thinking, using Doubletime Violette is recommended for a safe playthrough, while Aria Violette can take a more risky approach thanks to her

When starting up, do the following as soon as possible: 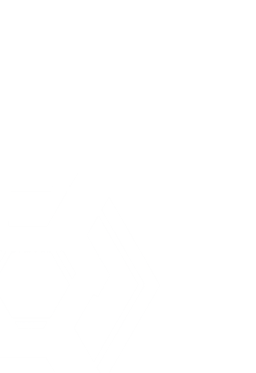 A kind of strange and awkward deck at first, but becomes priceless in the late game. One of the main emphases of this deck is to fill the enemy field with

Defense, it is a very strong anti-tank deck, and is particularly effective against the Gate.

Terraflare, which provide an excellent foundation for a Flame deck.

This deck has a hybrid between direct damage from the spells themselves and the Flames created by them, which will passively deal damage over time. Due to the aforementioned effect on Defense, in Hell Pass or in late levels some enemies have high defense and the Flames can quickly make short work of them. Bosses also possess some defense, and as such, the Flames will help against them as well (aside from Selicy or Shiso, since they are highly mobile and invade the player's field quite often).

The main problems are the relatively low damage and the risk of friendly fire that this deck poses, but if you can work around these flaws, you can pull out incredible payoffs.

When starting up, do the set-up: 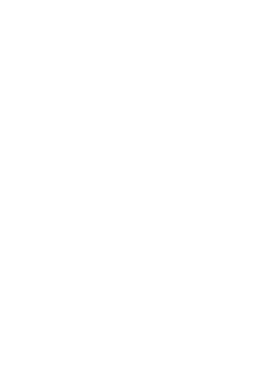 Flow decks focus on casting spells to gain Flow, and

Flow decks have access to some incredibly powerful effects if you keep your deck streamlined. They have cheap damage spells like

Earth Prayer, and eventually an infinite supply of

Eternity Cannons, if you happen to find the spell for it.

Not only does a Flow deck need spells that can be

Flow Cast, but it wants to avoid too many spells that don't use or generate Flow, because they'll waste your Flow stacks. This means that you want to keep your deck relatively small, and that

Kunai probably shouldn't be run in Flow decks at all. You have some room for a handful of strong spells you happen to find, but don't bloat your deck, either.

In general, focus Hearth, dabble in Kinesys, and then transition into Glimmer if you want to gun for

Eternity Cannon and some other good damage spells like 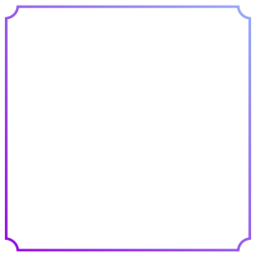 The Building spam Deck works best with Build Hazel, since you can get

Hex Badge, which makes building spam at least double as strong. It focuses on, what a suprise, on spamming out as many Structures and camping out behind the Structures until eventually the shots from

Beam Crystals or other Structures kill the Enemies.

The whole strategy is to camp behind your Turrets or other Structures until the Enemies eventually die. There are no Keycards when playing as Build Hazel, just pick up every Spell that says Summon, even ones that may not seem fitting, like

Blade Bay, since they all trigger

Hex Badge, giving you extra protection. Not playing as Build Hazel isn't recommended, since the player gains a lot of

Hex Badge. This makes Deckbuilding also a lot worse, since you need to watch out that your Deck isn't too expensive.

The general strategy is basically: - Start with focusing

Hexawan since there are most of the structure related spells and

There isn't any Synergy with artifacts besides

Hex Badge. The artifacts that are always good help, but aren't necessary.

Especially as Hazel, you should see this deck rather as a Engine than a whole deck. Adding spells or other strategies into this deck works sometimes, but not always. 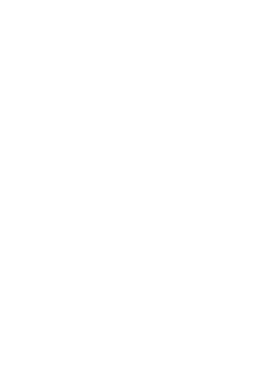 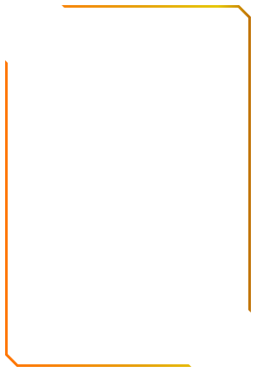 If Trinity is full, gain 3

Trinity decks use the

Trinity mechanic to give their spells

Trinity decks don't need to be almost exclusively Trinity spells to function. You keep your Trinity stacks until you use them, so even one Trinity card will eventually get its

Trinity Effect. This means Trinity mixes well with other strategies.

Doubletime Violette is probably the best Trinity user, since she starts with

Mana Steal and her

weapon can fill her Trinity stacks at will. Chrono Saffron is also excellent, since she starts with a

Minnie Gun and her

Wristwatch can help you line up Trinity casts. Build Hazel also starts with a

Spell Power, so mixing Trinity into her deck is a good option.

Doublelift has some good resources, too - particularly